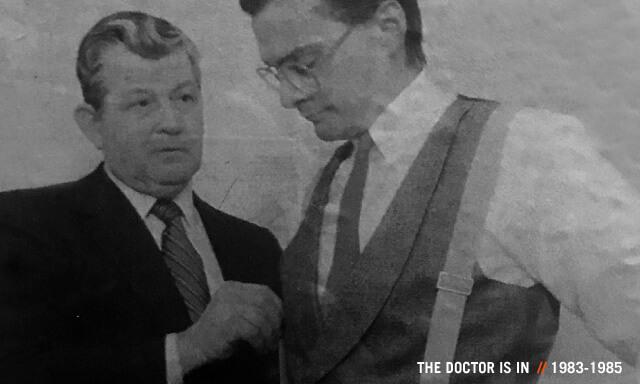 All year long we’re celebrating the moments that got us to this great spot: 35 years of Making the Workplace a Betterplace. It’s a tribute to our history and the big part you’ve played in it. So join us every month for a new tale and a fresh playlist of tasty tunes ... ‘cuz there ain’t no party like an Ergodyne party, and this one’s gonna go down in the books, kids. 1983. MJ moonwalks all over the charts. M*A*S*H becomes the most watched television program ever. And $3,000 buys you a mobile phone the size of a cinder block, but all you can do is TALK on the damn thing. [embed width=640 hieght=384]https://www.youtube.com/watch?v=w-IbMc7FNIs[/embed] Meanwhile, at a hospital in downtown St. Paul, MN, Dr. Thomas W. Votel sparks an industrial safety revolution with a unique solution to a widespread -- and costly -- problem. “I always had a concern about the injuries we saw in worker’s comp claimed in the health services industry,” recalls Dr. Votel. “Most of those complaints were due to injuries which occurred on the job.” The constant bending, lifting and twisting made the backs of the nurses and care providers he worked with especially vulnerable, inspiring Votel’s design of a unique back support and the company he founded to sell the device: CompEquip (as in “worker’s comp”). THOU SHALL NOT BEND AT THE WAIST: THE 8 COMMANDMENTS OF PROPER LIFTING >>> “He had this idea, which was kind of a whimsical notion, of a back support for a bunch of nurses at his primary place of employment which was a hospital,” explains Votel’s son, also named Tom, and the current President and CEO of the company his father founded. 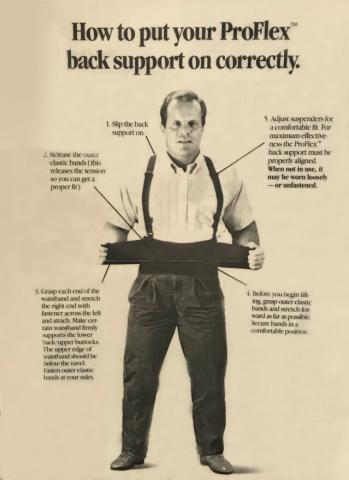 Dr. Votel’s back support was designed to remind workers of proper lifting technique while also enhancing the body’s intra-abdominal pressure, moving the stress away from the spine. As a control measure for helping reduce the back injuries he saw so many of, it would make a lasting impact -- one that lives on today in the battle against what remains the number one on-the-job injury. The CompEquip name, however? That one didn’t quite have the same staying power. Thanks to the parallel efforts of folks like Gates, Jobs and Wozniak, the name conjured up floppy disks more than slipped discs. “It became confusing because people thought we were a computer company,” explains Votel. The confusion would eventually be put to rest when Dr. Votel handed full control of the company over to his son, fresh out of St. Thomas University, in 1985. With the company basically surviving off whatever could be found in the couch cushions, the younger Votel, sensing nothing to lose, promptly changed the company’s name to Ergodyne (“Ergo”, a Greek root meaning “work” and “dyne” = a unit of force) and set out to make good on the promise of his dad’s passion project. But it wouldn’t be that easy. “I took over a company starting at zero, and that’s pretty much where we stayed at for a while,” says Votel. As the late Australian philosopher Bon Scott once said, it’s a long way to the top if you wanna rock-n-roll. And the upstart Ergodyne couldn’t be further from the summit. UP NEXT: 1985 // THE WHIZ KID TAKES THE REIGNS