What is Biomotion and How Does it Relate to Hi-Vis Clothing? 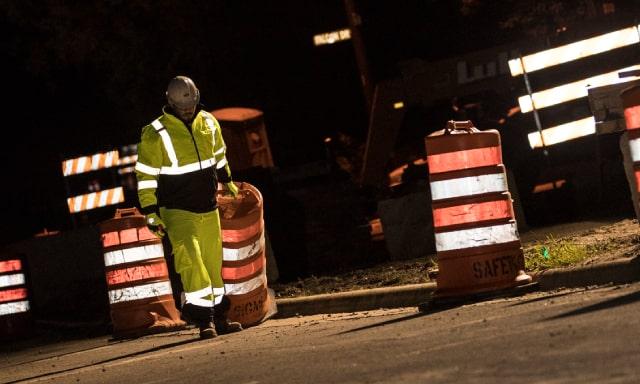 Why proper reflective material is crucial for hi-vis clothing

In 1895, the first domino fell in what would ultimately become modern-day Daylight Savings Time when George Hudson proposed a two-hour daylight-saving shift. A shift worker by day and entomologist by night, Hudson sought additional after-hours daylight for collecting insects. Over a decade later, in 1908, Port Arthur, Ontario became the first city to enact DST. And, well, you know the rest (unless, of course, you live in Arizona—by the way, what’s up with that?).

For many laborers, Daylight Savings Time is but a formality—burning the midnight oil on graveyard shifts or clocking in before the birds. And, regardless of which side of the darkness you’re on, the key to staying safe is staying seen.

If you missed our 4-1-1 on Hi-Vis Standards, ANSI/ISEA 107 is the industry standard that sets design requirements for high-visibility apparel. These standards not only apply to yellow and orange fluorescence, but also designate the width and amount of ANSI-compliant retroreflective material required to enhance visibility in low-light environments (ie., the night shift).

A major consideration in development of the ANSI 107 standard is biomotion which, very simply put, is the movement that signals awareness to the brain that it is looking at a living, breathing thing. It’s what tells you, “Hey, buddy, that’s not a traffic cone—it’s a worker,” as you’re cruising down the street in your ‘64. 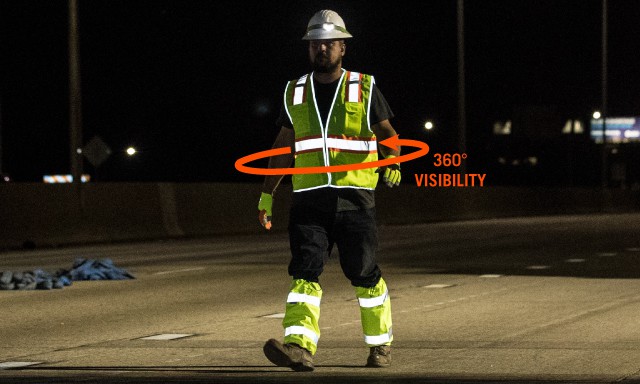 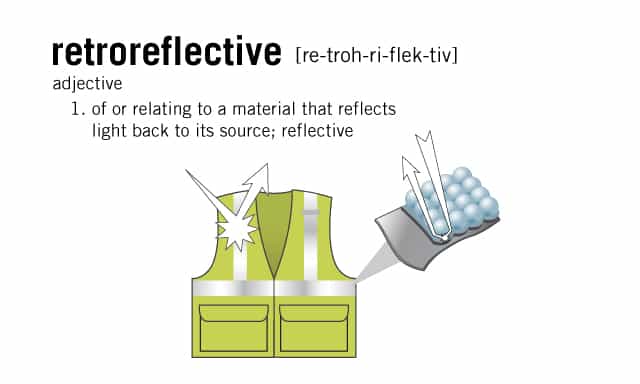 Retroreflective strips reflect light back at its original source (headlights, for example). Strategically placing reflective tape around the most mobile parts of the body (arms and legs) reflects not only the shape, but the movement of workers that triggers recognition that a worker is not a static object.

The ability to encircle the body for 360- and 180-degree visibility is what sets reflective tape apart from lighted vests and clips. Though the flashing of these devices signifies drivers to proceed with caution, they are not able to accurately reflect the body’s movement—leaving workers to look no different than a flashing stop sign. And while we don’t imagine anyone is actively looking to add a dent to their fender in any case, the stakes are understandably a little higher when another human life is involved. 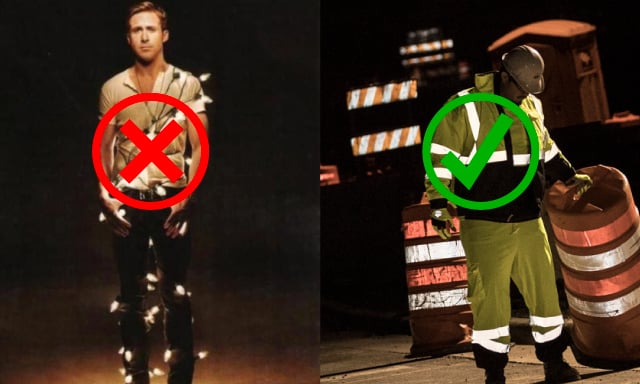 Moral of the story? When it comes to keeping crews safe from dusk ‘til dawn, there’s no need to complicate things. When combined with the right class and type of hi-vis clothing, reflective tape does the heavy lifting to keep workers seen—without lighting them up like human Christmas trees. 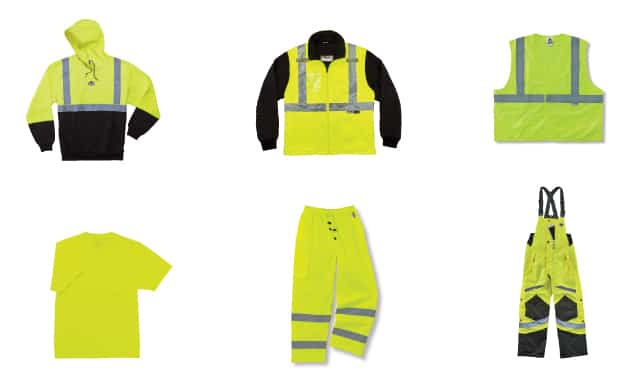 Ready For Your Glow Up? View the full line of GloWear Hi-Vis >>