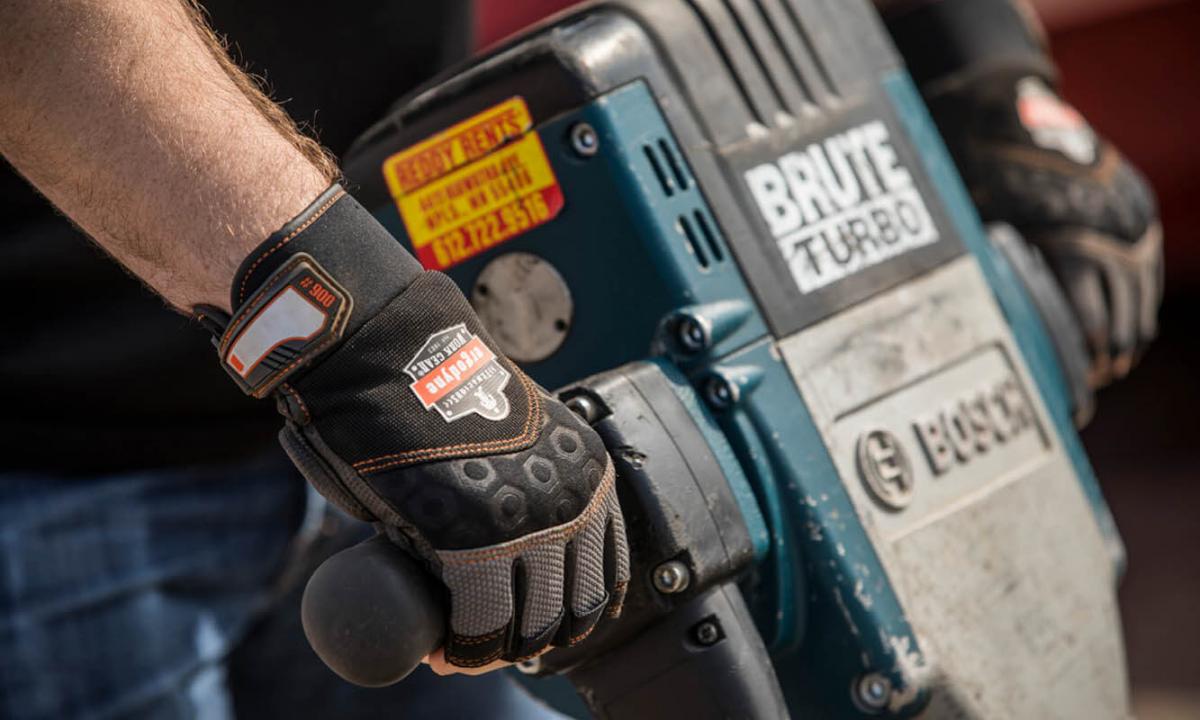 Anybody who’s ever spent a few hours weed eating, pushing a lawnmower around the yard or going for a lengthy bike ride has probably experienced it on some level: tingling and numbness in the hands and arms.

It's not your imagination. Hand-arm vibration is a real thing. And Hand-Arm Vibration Syndrome is a genuine affliction that particularly affects workers who regularly operate vibrating machinery as part of their daily work routine. While HAVS can disproportionately have an effect on workers operating heavy machinery, such as jackhammers, even less jarring tools such as hand saws, power drills and, yes, lawnmowers, can still contribute to more modest incidents of HAVS.

“... sustained use of [vibrating] machinery can lead to severe cases of HAVS that can be both debilitating and irreversible.”

HAVS is nothing that should be taken lightly, although it's admittedly disconcerting to have yet another acronym-laden malady to have to stop and consider. While occasional use of vibrating machinery may only cause numbness and tingling for a few minutes or hours, regular, sustained use of such machinery can lead to severe cases of HAVS that can be both debilitating and irreversible. 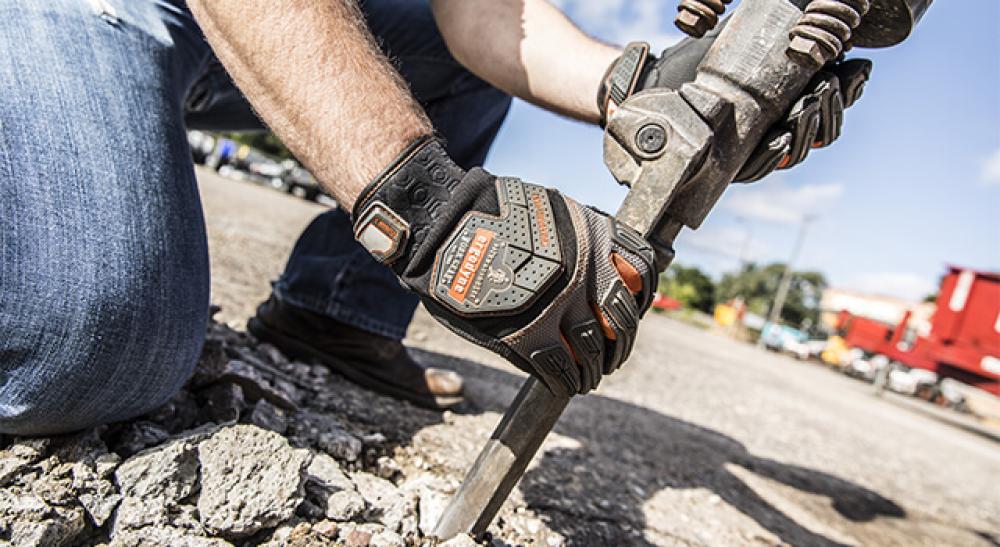 In cases such as sustained jackhammer operation, for example, an individual may suffer a loss of grip strength and decreased dexterity, an increased chance of developing arthritis, tendonitis, carpal tunnel syndrome, and even experience chronic pain.

Some of the higher HAVS risk occupations, not surprisingly, include construction, sheet metal work, welding, automotive repair and electrical work. However, even professions in the medical and dental fields carry some risk, due to the prevalence of machinery that produces high frequency vibrations that may not be as profound as a jackhammer—unless you have a particularly sadistic dentist—but sustained use of such machinery can be debilitating nonetheless. If a job requires the regular use of any machinery that vibrates at all, the potential exists of developing HAVS to some extent or another. It's estimated that as many as two million or more workers are exposed to some level of workplace vibration of some sort. Of those workers, about half can expect to experience some HAVS symptoms.

Because of its slow-to-show, long-term progression, often times HAVS isn’t diagnosed until the damage is done. It’s notoriously difficult to predict from individual to individual. Some people are just more susceptible or attuned to vibrations, and are therefore more apt to suffer HAVS symptoms, while other, more hardy, individuals can work an entire lifetime in high vibration environments and never experience any problems whatsoever.

While HAVS as a disability has been recognized as a workplace hazard for decades, the extent and variety of the symptoms have only recently become appreciated by medical professionals. Even today, HAVS is known to be an incredibly complex condition that's still not completely understood, although the symptoms are usually easily diagnosed once a patient's work history is taken into consideration.

The exact underlying mechanism responsible for HAVS is generally believed to be a disruption in the flow of oxygenated blood through the body's vascular system. This is particularly pronounced at the extremities most associated with HAVS symptoms. Sustained exposure to vibrations can eventually damage the tissues themselves, at which point the condition may become irreversible.

As stated, some of the early onset HAVS symptoms include tingling and numbness, which may or may not dissipate after a relatively short amount of time. With sustained vibration exposure, however, tingling and numbness can give way to more ominous symptoms. Visual manifestations can include a noticeable change in skin color, or whitening, of the extremities, which usually occurs in combination with a heightened sensitivity to hot and cold temperatures. In fact, HAVS is more likely to afflict individuals who work outdoors in extreme temperatures.

In more advanced cases of HAVS, patients may experience a loss of function to affected areas. Even mundane tasks like filling a glass of water can become incredibly difficult. In its most advanced stages, HAVS can lead to visible tissue damage, and even gangrene.

“In more advanced cases of HAVS… even mundane tasks like filling a glass of water can become incredibly difficult.”

Now that you're sufficiently terrified of the prospect of having your gangrenous limbs dropping off because you ran your circular saw one time too many, there are steps you can take to decrease your chances of developing HAVS.

ASSESSING THE RISK OF HAND-ARM VIBRATION

Companies may perform an audit of their work environments to determine whether vibration equipment poses a risk to worker health and how significant that risk may be. Calculating those risks takes into account the level, or vibration amplitude, of various equipment that may contribute to HAVS. The threshold vibration value is deemed the acceptable risk level workers can be exposed to with the least chance of developing HAVS. Many tool and equipment manufacturers disclose and provide vibration emission safety guidelines with their products, making it easier for businesses to research and calculate their associated risks 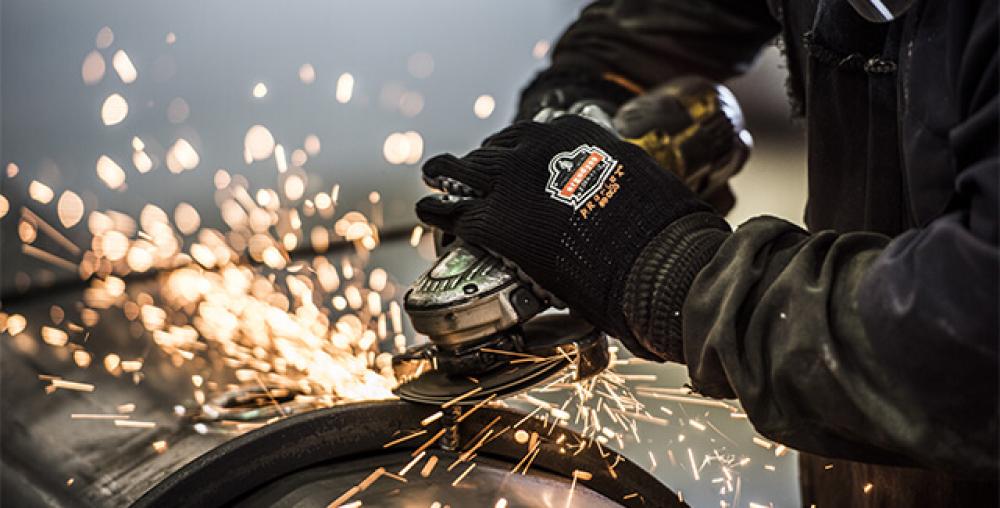 From a business perspective, conducting these kinds of vibration intensity audits, just make good financial sense. Even minor, or “nuisance,” workplace vibration can adversely affect worker productivity. For workers who need to conduct minute operations, such as intricate repair work and similar projects, even minor HAVS symptoms such as numbness and tingling can be annoying at best and debilitating at worst. The bottom line is worker discomfort and negatively-impacted productivity.

Obviously, the best preventative measure is to limit your exposure to regular, sustained operation of vibrating machinery and tools. If you're in a profession where that's not possible, you should take care to ensure you're at least using the tools and machinery correctly.

For example, there are literally dozens of incorrect ways to use a jackhammer. Even making minor adjustments to how you operate tools and machinery can make an incredible difference to the amount of vibration you experience. Pay attention to how veteran operators work and learn accordingly. Also, it doesn't hurt to read up on the instruction manuals.

“... a relatively small percentage (of gloves) have actually been  third-party tested to meet the requirements of ISO 10819 // ANSI S2.73 – the global standard for anti-vibration gloves.”

As if you needed another reason to quit smoking, it’s been shown that nicotine can lead to HAVS symptoms. The blood-vessel-constricting nature of nicotine acts similar to the oxygen disrupting mechanism caused by vibration exposure. 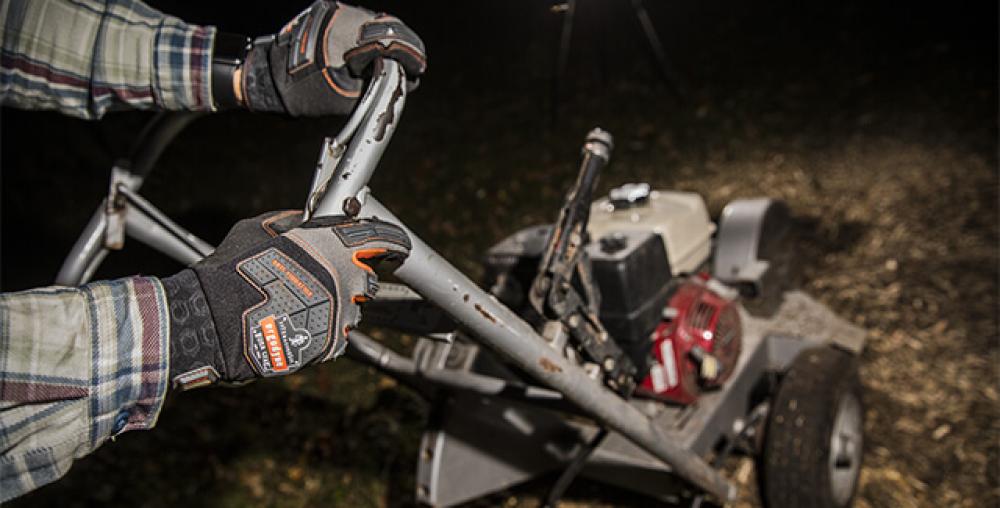 Although wearing gloves may seem like a common sense preventive measure, choosing the right kind of gloves can make a significant difference. In addition to keeping the hands warm, there are also anti-vibration gloves available on the market. Though they’re not a cure-all, finding the right hand protection is one in a list of best practices safety experts recommend for reducing long-term damage. It must be noted, however, that just because a glove claims anti-vibration properties doesn’t mean they have actually been third-party tested to meet the requirements of ISO 10819 // ANSI S2.73 – the global standard for anti-vibration gloves.

Again, no amount of prevention and common sense can stamp out equipment vibration entirely. A drill is still a drill after all, and a masonry saw is still a masonry saw. And, yes, a jackhammer is still a jackhammer. Some tools and equipment are just necessarily constructed to vibrate, so it’s important to observe whatever measures we do have, including wearing the proper hand protection. So, throw on a pair of ISO 10819-certified anti-vibration gloves, put that cigarette out and get after it. With planning and protection, you don’t have to let bad vibes bring you down.